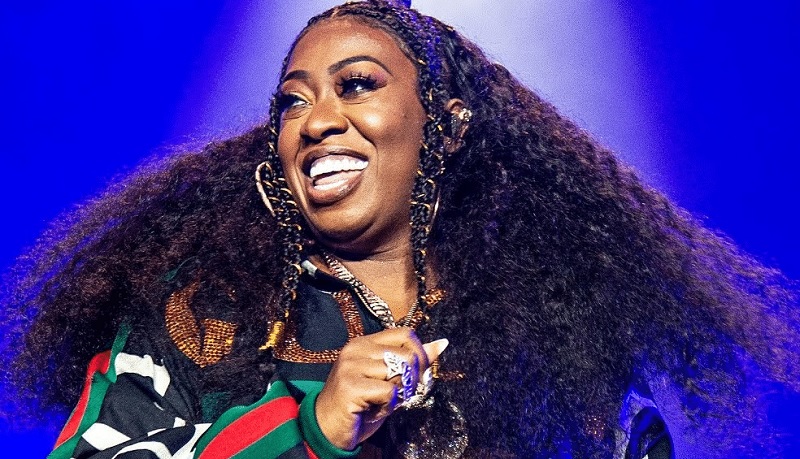 It’s been two days and Hip Hop fans are still talking about The Lox Verzuz Dipset battle, and among elite celebrities who watched on August 3, 2021, Missy Elliott was locked in too. Missy’s name pops up like clockwork after each Verzuz battle, but the question is who has the catalog to go up against Missy? Missy has defined what Hip Hop, Pop & R&B culture is in her illustrious career.

In a lengthy response as to whether or not she’ll do a Verzuz, Missy had this to say.

Aww, I am so Humbly Grateful, but I think we will wait later on me. I just enjoy watching everyone else’s #verzuzbattle Vibing to all of their Classics & what they have done musically for the CULTURE! Respect to all of them last night was Epic btw

Aww I am so Humbly Grateful?? but I think we will wait later on me? I just enjoy watching everyone else’s #verzuzbattle Vibing to all of their Classics & what they have done musically for the CULTURE!??? Respect to all of them?? last night was Epic btw?? https://t.co/m46kdrUeq2

Any artist who takes the Missy Verzuz challenge better come well prepared because she can burn your buttocks up from all angles. Missy wrote and produced a lot of her music but the co-founder of Verzuz (Timbaland), played a significant role in her success. So whoever that artist maybe will have to deal with a two-headed monster instead of one.

I’m sure there are a dozen more that can go on that list but this says a lot about her reach and willingness to work with others. I wish I could give you a Verzuz for Missy but the truth of the matter is nobody is in her lane and that’s a great problem to have if you’re Ms. Elliott.

There was one name thrown around and fans including myself were like “Huh? Janet Jackson? that doesn’t make sense.” They also threw Busta Rhymes out there which could be entertaining for rapping purposes/Hit records, and there’s never been a male-to-female Verzuz, so 30% of that notion makes some kind of sense, but once again Missy’s reach is too strong.

Artists of Missy’s magnitude may have to go the D’angelo route and battle against themselves with friends to collaborate on stage with. If they find the perfect match for Missy it may break Verzuz history for the most-watched event since the show started. Thanks for reading.

?? I am Forever Grateful & God knows I’m Grateful for these Flowers & To my SUPPORTERS yall have Love & Support have inspired me more than you know to keep going??Love yall? https://t.co/Ce5z0SsoyD