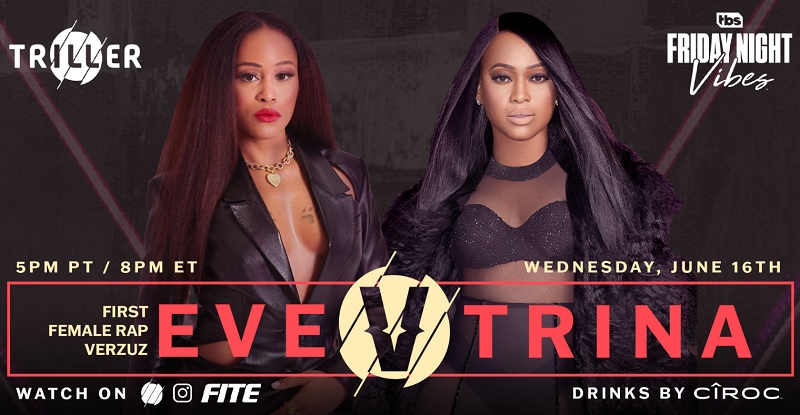 Timbaland and Swizz Beatz has had female R&B singers on their hit show Verzuz but rappers EVE and Trina will be the first female Hip Hop artist to make an appearance. In a once upon a time male driving industry, you were more likely to see one or two females in the spotlight, but over the last 5 to possibly 10-years, women have been dominating like never seen before.

That being said, are you exciting with this match-up? The date for this match-up between these two legends is June, 16, 2021, and streamed on IG, Triller and Fite. What other female rap artist you’d like to see on Verzuz? I have 3 off the top of the dome.