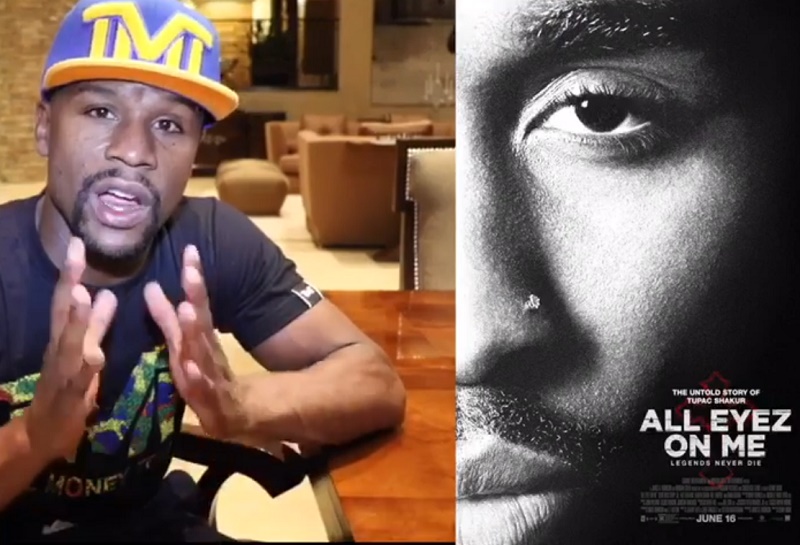 Floyd “Money” Mayweather caught up with the “All Eyez On Me” team and urge people to go and see the biopic which is slated to hit the big screen this Friday, June 16th. The pound for pound boxing legend stated that he’s already seen the film and have plans on seeing it again with 1st time viewers.

There’s a lot of early praise coming in for those who’ve had the privilege to see the screening of Tupac Shakur’s life, and we will be in attendance to watch history, followed by a next-day brutally honest review.